Beldon Assets Limited is a real estate investment and development business. With a clear vision to deliver a fresh and dynamic approach to domestic commercial property investment, development and funding in the UK.

Yorkshire is the largest county in the UK, spanning 2.9 million acres. It is often split into three geographical areas; North, West or the East Riding. The North and East Riding of Yorkshire are more rural areas, whilst the West Riding is much more urbanised, housing major cities such as Leeds, Sheffield and Bradford. There are 5.3 million people living in Yorkshire, with an economy of £110bn per year – which is twice the size of Wales and larger than 11 EU countries! If Yorkshire were an independent country it would have finished an incredible twelfth on the league table in the 2012 Olympics, gaining 7 Golds, 2 Silvers and 3 Bronze. Athletes include Jessica Ennis, who competed in the Heptathlon, boxer Nicola Adams and cyclist Ed Clancy who are all Yorkshire born and bred. In 2016 Yorkshire re-affirmed its Olympic status with a remarkable 14th place on the league table.

Once the capital of England, the town of York is now a famous tourist destination, with York Minster and the Shambles being recognised globally. The first stage of the 2014 Tour de France started from Leeds Town Hall on Saturday 5th July 2014 and passed through 190 km (120 miles) of gorgeous North Yorkshire countryside, including the splendid Pennine section of the Yorkshire Dales National Park, before reaching Harrogate, where the first Yellow Jersey of the Tour de France 2014 was awarded. The reaction to the Tour de France led to the introduction of the Tour de Yorkshire; the Tour de Yorkshire Ride offers a unique mix of Tour de France delivery combined with Yorkshire hospitality and beauty resulting in a sportive dream day. It’s a chance to ride many of the same roads as the pros do, including the pro finish line, complete with support from the waiting crowds. 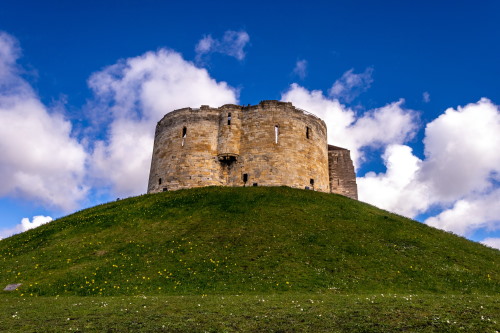 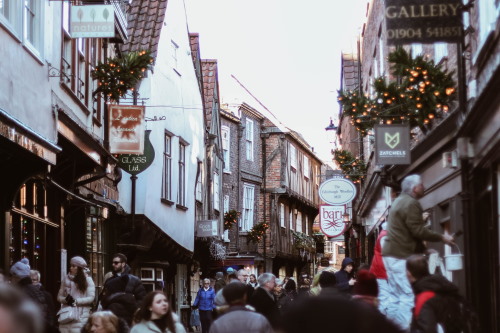 Yorkshire is also blessed with some of the finest coastline in the UK. The eastern border of Yorkshire is 45 miles long, looking out onto the North Sea. It includes the popular holiday spots of Whitby (the landing spot of Dracula in Bram Stoker’s novel), Bridlington, Robin Hood Bay and Hornsea (well known in the surfing community). Many areas, such as Scarborough, have been awarded the Blue Flag label for sustainability. Inland, there are two National Parks within its boundaries: the Yorkshire Dales and the North York Moors, covering 1,762km and 1,436km respectively. Together they attract around 20.3m visitors per year. The superb Peak District is proud to be Britain’s first National Park and is an ideal place to visit in South Yorkshire. Both inside and outside of these National Parks are many, many walking and cycling routes. 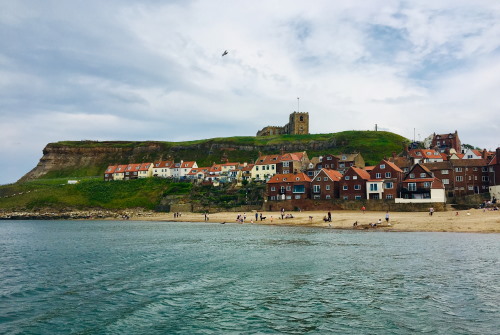 When it comes to the economy, manufacturing accounted for 15.3% of Yorkshire and The Humber output in the last decade, compared with the average of 10.8% for the UK, with many recognised brands having been founded in Yorkshire, such as Morrisons, Marks & Spencer, Tetley’s Brewery and Fox’s Biscuits. The need for housing, office space and commercial workplaces is of such demand, investments increase time after time. We do not believe there’s a county better for investment and return so to meet and hear more, get in touch today, together we are stronger. 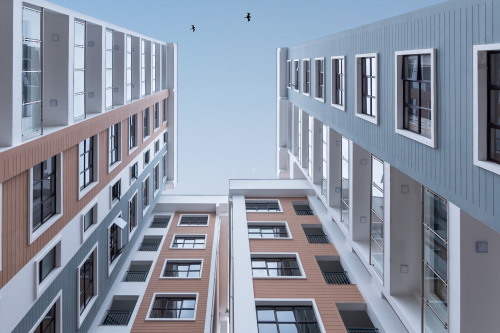 Communication is at the heart of what we do and with over 30 years’ experience in the property industry, our extensive expertise has allowed us to develop long standing relationships with property professionals, landowners and other property companies.

David started his career in the armed forces and on release he joined financial services in life cover and mortgages for a large institution. Following this, he joined another financial services company with an emphasis on development and construction finance. On retiring from the finance industry, David continued with his business in the procurement of property for refurbishment and development into new affordable homes along and high end homes. David has built a significant property portfolio of new build development sites in North, East and South Yorkshire, with properties being developed to cater for all areas of the market. David’s career has gained him an abundance of experience and knowledge enabling him to source, retain and develop substantial property projects for rental, resale and investment in a sustainable cost effective manner.

Simon started his career as an apprentice aged 15, displaying a great instinct for business. Working his way through the local construction industry, he set out on his own creating a number of sizable contracting companies across all sectors of the construction industry with an emphasis on client service that was unparalleled to many other similar companies. Simon’s understanding and knowledge of the development and construction industry spans across all sectors with is knowledge gained through many years of experience in sourcing, procuring and developing for rental, resale and investment, namely in the housing, commercial and student accommodations schemes across Yorkshire. This has enabled him to build a portfolio of high level properties along with working on and offering affordable housing schemes. Simon has an innate ability to develop exceptional schemes through planning and budget control.

Our portfolio spans many sectors from residential, commercial to retail developments. We are extremely proud of the broad spectrum of up and coming projects.

Using our innovative and hands on approach to asset acquisitions, management and value generation, we have a proven track record of sourcing and delivering attractive, highly sought after off-market opportunities across all real estate sectors ensuring we maximize the value of our assets. We employ a disciplined investment approach which is fundamental to our success and has allowed us to gain an exciting and diverse portfolio.

Utilising proprietary research, risk management analytics and our understanding of the sector, we have a proven track record in seeking and securing the best real estate and investment opportunities. Our diverse track record includes one of the highest valued residential developments in West Yorkshire. 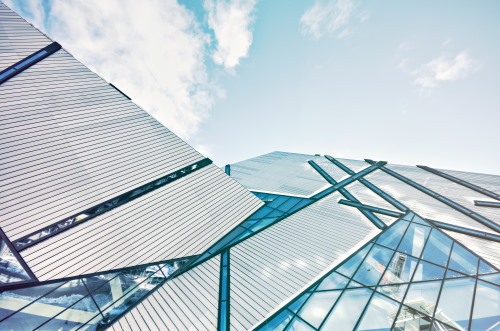 As the planning process progresses for Trinity West on New North Road in Huddersfield, we thought it would be useful to give a little more information about the busy town of Huddersfield and what prompted us to invest in this large and vibrant market and university setting.

According to the latest census it is the 11th largest town in the United Kingdom, with a population of 162,949 – 30,000 of which are students. The town has an unrivalled location, lying 14 miles southwest of Leeds and only 24 miles northeast of Manchester. Situated on both the M62 and M1 road networks, the town is central to all Yorkshire cities and has excellent rail and bus networks making life very easy for any commuter!

Sitting within the historic county boundaries of the West Riding of Yorkshire, Huddersfield is the largest urban area in the metropolitan borough of Kirklees and the administrative centre of the borough. The town is known for its role in the Industrial Revolution, and for being the birthplaces of rugby league, Labour Prime Minister Harold Wilson, and the film star Patrick Stewart (who is also very heavily involved with the University of Huddersfield and raising their profile on a global level).

Huddersfield is also home to the rugby league team Huddersfield Giants, who play in the Super League, and current Premier League football team Huddersfield Town A.F.C. Both share the John Smiths Stadium ground which is only a 9 minute walk from the New North Road site, making it an ideal location for local sports fans and those visiting supporters too.

As a town of Victorian architecture, Huddersfield railway station is a Grade I listed building described by John Betjeman as “the most splendid station façade in England”, second only to St Pancras, London. The station in St George’s Square was renovated at a cost of £4m and subsequently won the Europa Nostra award for European architecture. There are over 3,000 listed buildings in Huddersfield, a number of which sit within the New North Road development and we are working hard with the local council and architects to preserve the heritage of the buildings, retaining where possible the Victorian detail that makes these buildings so beautiful.

This beauty also continues throughout Kirklees as a phenomenal 72% of the 254 square miles is green belt – there are 15 miles of unspoilt footpaths in Hebden Bridge alone and attempting the Yorkshire Three Peaks is a challenge almost all businesses have discussed at one point or another!

When it comes to the current economy, while Huddersfield was once known for textiles, Huddersfield is now a giant in the creative industries with web design overtaking as the number one export from the town! Whether it’s to live, work, shop or stay over for a weekend of sport, Trinity West brings the perfect balance of being super-connected yet able to escape it all within a minute. Beldon Assets Ltd plans include 229 residential properties, leisure, retail and employment space, intended to regenerate the area whilst restoring the Grade II listed building and statue. 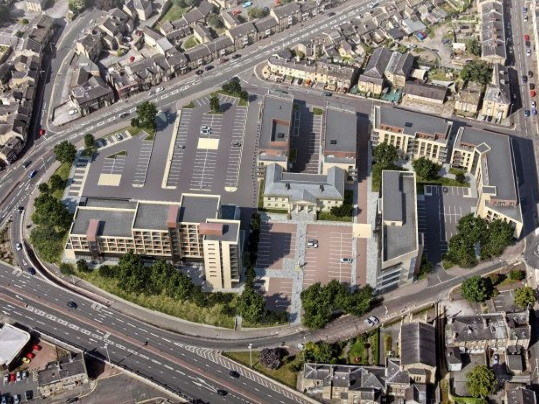 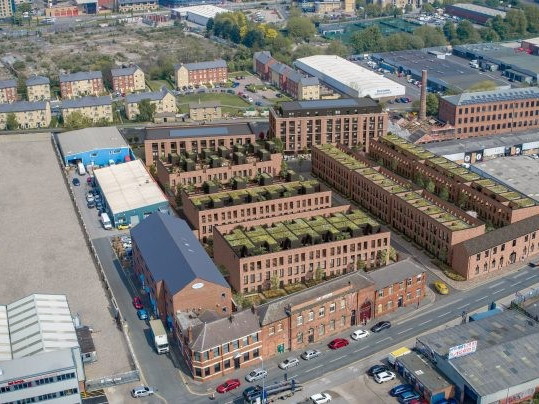 More than a place to live, the area around Canal Mills is a constantly evolving space for all mediums of creative output, from exhibitions, pop-up restaurants, live and electronic music events to fashion shows and theatre projects. The heritage of this 18th century old textile mill can be seen throughout, with high ceilings, beams and exposed brickwork. Having taken the project on in 2012, a nearby mill has been refurbished, transforming the dilapidated and abandoned building into a celebrated and cultural hub for Leeds. Having invited many high-profile artists and craftsmen to the venue, the local community is also constantly invited to contribute to the evolution of the space. Canal Mills acts as a blank canvas that is also perfect for hire, from food events through to corporate events and has an exciting calendar of diverse events throughout the year.

Beldon Assetts Ltd has plans for the 3.4 acre site, which include 63 town houses, 85 apartments overlooking the canal and 7 commercial units.

The Mill was originally designed in 1906 as a worsted spinning mill and by 1910 they ran seventeen thousand spindles which grew to twenty thousand after the First World War. By 1960 the mill, alongside other mills in the area, were producing both worsted and man-made fabrics using over fifty thousand spindles. It was designated a Grade II listed building in 2015 due to its architectural style which reflects the changing style of industrial buildings at the beginning of the 20th Century. Beldon Assets Ltd plans to convert to residential to secure the buildings future. 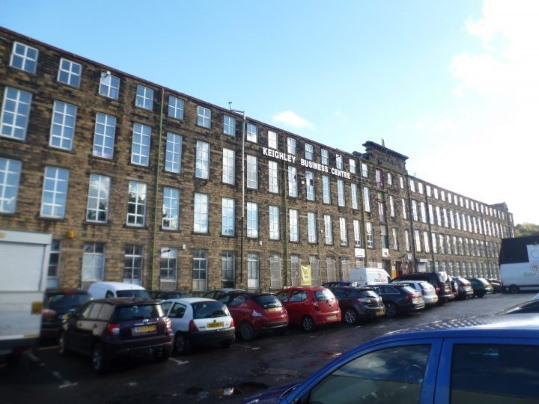